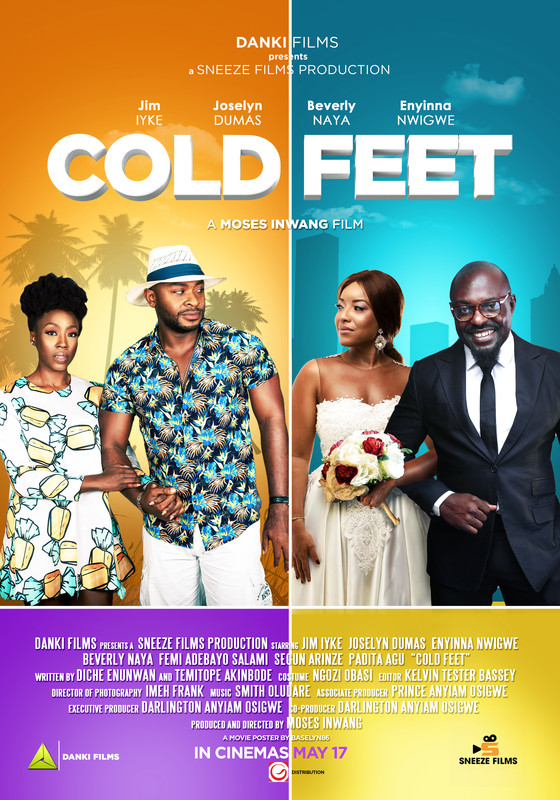 At an exotic resort with her husband to celebrate their fifth anniversary and her birthday, an ex-army colonel’s wife runs into an old flame and sparks immediately begins to fly.

Born in 1978, in the city of Lagos, Nigeria, Moses Inwang[1][2] is a Nigerian film director, editor, screenwriter and producer. With a career spanning over a decade and a half, Inwang got his first movie credit in 1998 when he co-produced Two Good Men.

In 2004 he started his production company Sneeze Films and kicked off with the movie Save My Soul. In 2008, he directed the movie, Lost Maiden,[3] a film which brought the issue of female circumcision to the fore of the social discussion. He also made Save Our Souls, an educative movie about cancer. He also directed and co-produced Damage in 2011,[4] a film which addressed the issue of domestic violence, receiving multiple awards and award nominations.[5]

The psychological thriller Torn,[6] [7]which he produced in 2012 and which was released in cinemas nationwide in 2013, earned him and most of the actors who starred in it a lot of award nominations and recognition.[8]

In 2012, his film Damage earned Inwang the nomination for best director at the African Oscars held in Florida USA,[9] while the film won the award for Best Film at the African Oscars Awards.[10] In 2013, he won the City People Award for Best Director.[11] His 2013 film Torn received 9 nominations at the GIAMA awards in Houston, Texas[12] and 6 nominations at the Best Of Nollywood Awards.[13]. In 2014 he went on record as the first Director in Nollywood to receive two nominations as best director at the Nollywood Movies Awards. [14]

His movie, The Last 3 Digits was nominated for best comedy at the African Movie Academy Awards AMAA in 2015 and was also chosen amongst the few selected Nollywood films that were screened to thousands of people at the Nollywood Week Paris.[15] His movie Stalker, a romantic drama which premiered in Nigeria on 26 February 2016, received 10 nominations and won 3 awards at the 2015 Golden Icons Academy Movie Awards in the United States.

In 2015 STALKER, another film written, produced and directed by Moses Inwang, raked in 12 nominations at the GIAMA awards Houston and won awards for Best Actor, Best Actress and Best Film categories. Still in 2015 Stalker won the award for “ Best International Film at the New York Film Festival. In 2016 his film “American Driver” from his production company Sneeze Films received a best international film award at The Peoples Film Festival, Harlem New York. [16] In 2017, another blockbuster “Alter Ego” which was produced and directed by Moses Inwang starring Omotola Jalade[17] was released to a highly-anticipating audience in the Nigerian cinemas and immediately became the most talked about movie of the year. Alter Ego clinched the award for The Most Outstanding Film at the Africa International Film Festival AFRIFF.[18] It also won Moses Inwang the Best Director award at the Toronto International Nollywood Film Festival and Best Screenplay award at the Africa Magic Viewers Choice Awards AMVCA with the film getting nine nominations.[19][20] It was given the best international film award at The Peoples Film Festival NY.[21] In 2018, Moses Inwang produced the film Crazy People”[22] [23] which went on to become one of the top 10 highest grossing films of that year. [24]. The prolific filmmaker has also released yet another impressive, romantic drama movie titled “Cold Feet”. [25] [26] 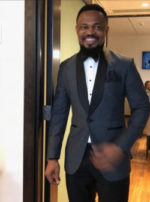