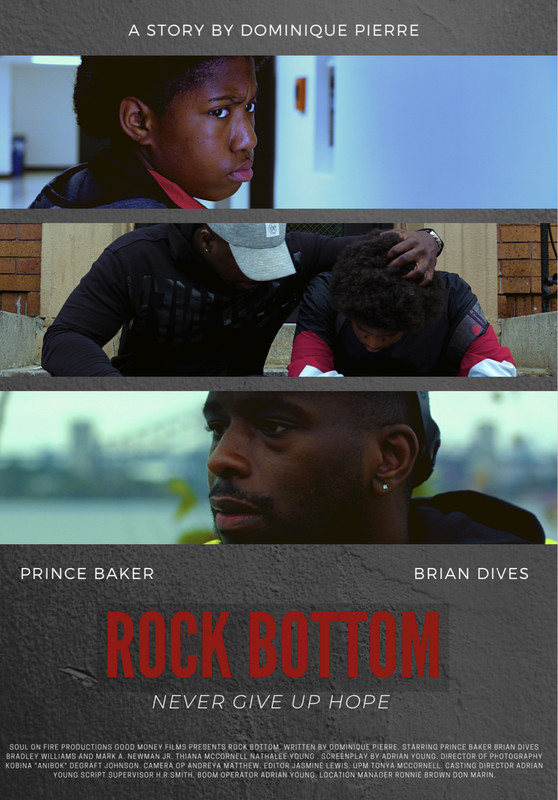 Jayden and his father are separately in the midst of having a very bad day. Jayden is constantly being bullied at school by merciless classmates. As he walks home dejected amidst the backdrop of his cold New York City streets. Simultaneously, his father has just been fired from his job. As Malik walks home to find his son sitting on their front steps teary-eyed, he desperately wonders how they are going to lift up from this rock bottom.

Dominique Pierre is a Haitian American filmmaker from New Jersey. She is a director and writer with a B.S. in Electronic Media and Film from Towson University. As a filmmaker, Pierre enjoys the art of storytelling and being able to use this medium to convey a visual message that’s relatable. Pierre has been fortunate over the years to have worked on numerous independent films, music videos, commercials, and digital projects in the roles of producer, production manager, assistant director, and script supervisor.