A young man in a bar finds out that he has more in common with the patrons than he bargained for.

Bobby Huntley is a director, producer, writer, and editor who began his journey as a filmmaker at the age of ten years old. Upon seeing his knack for storytelling, his teachers began to encourage him to submit short films and mini-docs instead of written assignments. Since completing film school, Bobby has continued to study his craft and hone his voice as a filmmaker. His intense passion for the arts and creativity has captured viewers with each new film. He specializes in striking visuals, provocative characters, effective music placement, and period pieces done within a wide range of budgets and resources. His previous background as a professional editor allows him to know exactly what’s needed to effectively save time and resources.

He continues to build his brand and growing numbers of supporters by independently touring the country with his award-winning projects. Throughout his travels, he makes a point to speak at high schools and universities to give students a real in-depth look at indie filmmaking. He strongly stresses the importance of community and collaboration to effectively get stories told. Bobby strives to create compelling stories and classic films for years and generations to come. His goal is to continue to inspire all creatives to go after their dreams and complete their projects without fear and lack of resources. 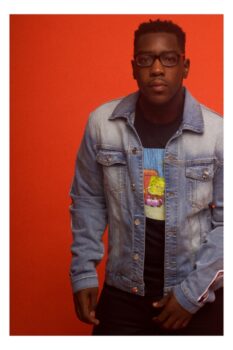