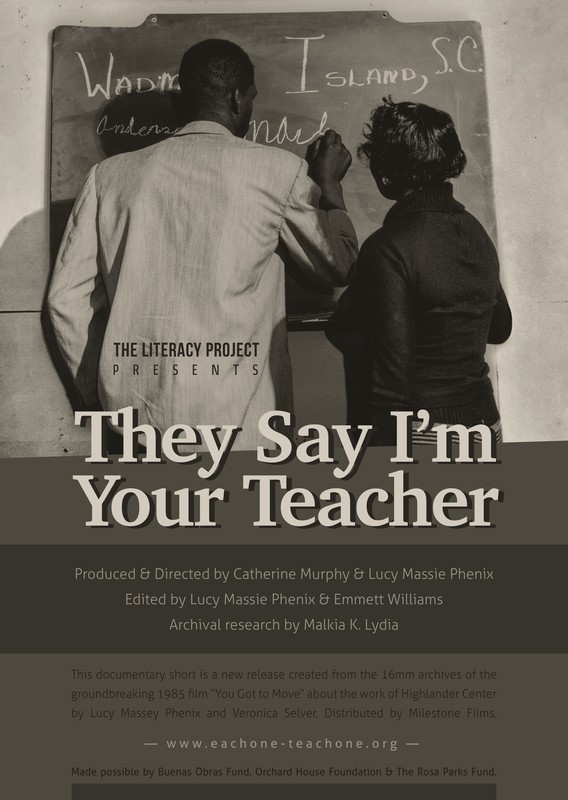 Bernice Robinson, a beautician from South Carolina, was the first teacher in the Citizenship Education Schools that taught literacy in order to pass voter registration requirements in the South during the mid-1950s and 1960s.

She taught adults to read and write as part of Citizenship, understanding that registering to vote and engaging people in the issues that affect their lives was a key step toward changing the system. This helped to set the stage for the Civil Rights Movement of the 1960s.

Catherine Murphy is founder & director of The Literacy Project, a multi-media documentary project on adult literacy in the Americas.
As an independent producer, Murphy’s work has focused on social documentaries, producing and field producing documentaries for independent directors including Matt Dillon, Saul Landau, and Eugene Corr. She subtitled Dorothy Fadiman’s Stealing America and The Greening of Cuba by Jaime Kibben. She served as an archival researcher for Susanne Rostock’s biography of Harry Belafonte, Sing Your Song.
Her directorial debut was the documentary MAESTRA, which was released in 2012 and picked up for distribution by Women Make Movies. MAESTRA enjoyed robust educational distribution since release and has been translated into five languages. Four short stories based on MAESTRA interviews were published in Eduardo Galeano’s penultimate book, Espejos.
They Say I’m your Teacher is a collaboration with Lucy Massie Phenix, which tuns the literacy lens on the United States, exploring social justice education projects and asking what more we can do to further this necessary work in the world of today.

Lucy Phenix has been involved in making groundbreaking and critically-acclaimed social justice documentaries since 1971.

In Wintersoldier, the first film she helped to make with a group of New York documentary filmmakers and Vietnam Veterans Against the War, she understood that film could be a powerful tool in giving public voice to people whose stories were being boycotted by the mainstream media.

Lucy worked as producer and editor with the six members of Mariposa Film Group on Word Is Out: Stories of Some of Our Lives, the 1978 documentary by and for gay women and men which aired on PBS and won the DuPont Citation for Excellence in Broadcast Journalism.

In 1980, Phenix edited The Life and Times of Rosie the Riveter about working-class women working in the skilled trades during WWII and the propaganda that got them into and out of work when the war ended.

In 1985 she directed the documentary feature You Got to Move, about the legendary Highlander Center of New Market, Tennessee, which has been involved for almost 90 years in grassroots education for social change in the South and Appalachian region.  It is a story from this film upon which They Say I’m Your Teacher is based.

In 1993, Phenix made the documentary Cancer in Two Voices, a love story about two women, one of whom was dying of breast cancer, which won an audience award at the International Festival of Films by Women in Creteil, France.

In 1998, she was Editor and Writer of the Oscar-nominated documentary about widows of the war in Vietnam, Regret to Inform, winner of a Peabody Award. In 2000, she was the Editor and Writer of Stranger With A Camera, a film about the murder of a documentary filmmaker in Kentucky, and the stereotypes of “insider,” “outsider,” class, and the intersection of morality and filmmaking. In 2004, she edited a short doc on immigration, The New Americans, which aired on the PBS documentary program “Independent Lens.” In 2008 Lucy made a film about the creative process as shown in the work and life of a ceramic artist entitled Don’t Know, We’ll See: The Work of Karen Karnes, a film which won audience awards in France and Portugal.

Her recent work draws upon her own historical archives for perspective on contemporary political reality. 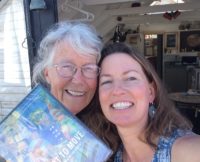