A young boy faces the challenge of saving his sickly grandfather during the devastation of Hurricane Maria.

ALEJANDRA LÓPEZ (San Juan, PUERTO RICO, 1991), director and writer. She became leader of the Ministry of Drama of her local church when she was 19 years old, writing and directing plays, and worked as a PA on several films, such as “Runner Runner”, “22 Jump Street” and “Masterminds”. She has also directed two short films and has her own production company, Producciones Acento. Her short “Fulano” has gained numerous awards. It has screened in festivals in New York and California, including the San Diego Latino Film Festival. She’s the Assistant to the Director and a Staff Writer on Crackle’s original series “Startup”. 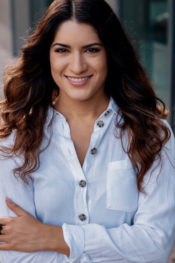