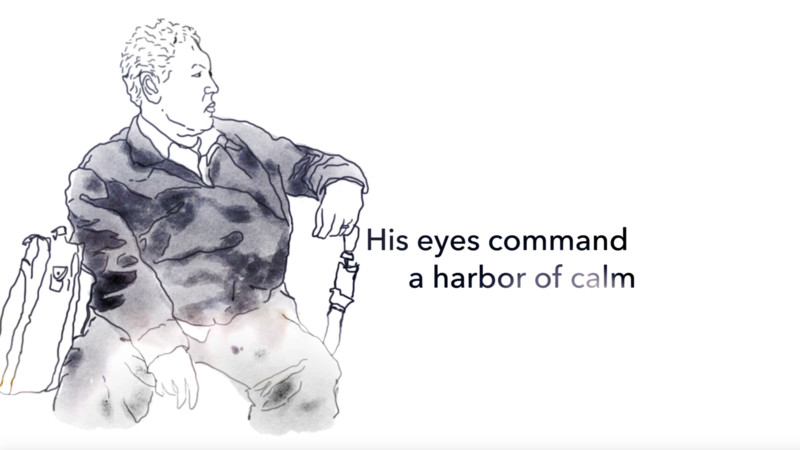 Inspired by Emma Lazarus’s famed poem welcoming immigrants to the United States, this experimental video short captures small moments of humanity within the quotidian carriage of the NYC subway. Titled in reference to a computational “for” loop, the video poem speaks to the holding pattern we occupy and take passage through—equal in our anonymity, hurriedness and small sufferings. Amid this current era of nationalist scapegoating, we persist in the quiet ethos of multiplicity. We (us) are greater than US in the lived experience of equality and freedom.

Jess Irish is an artist, designer and writer living and working between the Catskills & NYC. She’s is a full-time faculty in the School of Art, Media & Technology at Parsons, The New School for Design, and recently received her second MFA (poetry) from The New School’s Creative Writing program.

Her work in new media has screened and exhibited nationally and internationally and has been featured in media such as Art Forum, METROPOLIS, RES, and Artweek magazines, as well as various international journals. She has received project funding by the Creative Capital Foundation and was one of four artists to be supported by California Arts Council in its first round of individual grants for digital media. Her recent experiments documentary The Phantasmagoria of Offense won several awards in the documentary and experimental documentary categories.