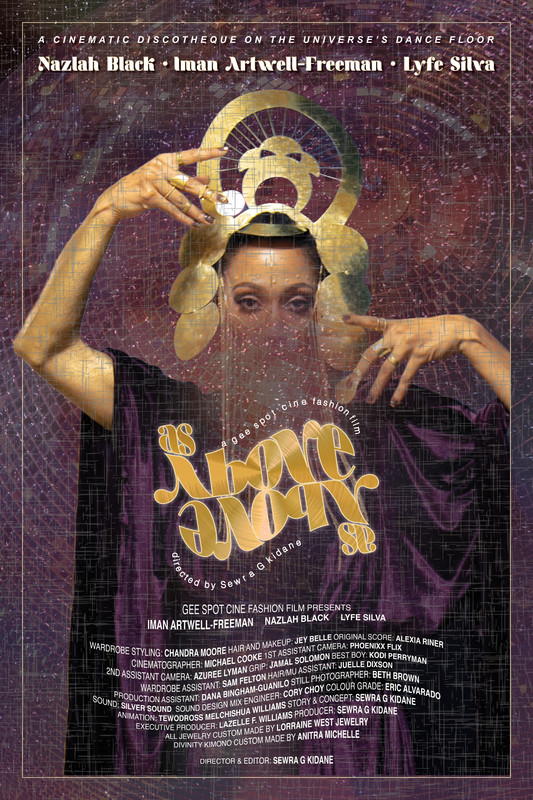 …. When your Earth Plane feels a strong sense of pull, setting in motion an enigmatic chase thru a maze of dimensional time… sparking an orgasm into enlightenment…

Loosely based on the 2nd Law of the Universe; The Principle of Correspondence, “As Above” tells the story of The Earth Plane returning home, to find herself intuitively drawn to a presence she can’t ignore. Alone, The Earth Plane follows her instincts through a twisty windy hallway looking to connect an alluring call to her.

Sewra G Kidane is a renowned Creative Commercial Film Editor, working with fashion and beauty brands such as Creme of Nature, Estée Lauder, Herring & Herring, and Ooshie. She has an innate ability with her editing style, elevating the quality of the footage, whether its high budget beauty rushes, gritty digital handheld material, or found media and transforming it from a raw concept into a stylized spot. A native New Yorker and a graduate of Emerson College, Boston, Ms. Kidane is currently based in New York City. Along with cutting client work and directing fashion films, she also teaches “Fashion + Film” at Pratt Institute in Brooklyn.

Ms. Kidane is also the highly acclaimed Director and Editor of the award-winning fashion film, “Proclamation Punctuation”. The film has been featured in various national media outlets and has been named on Forbes’ list of “The 12 Best Fashion Films” along with winning several awards, including “Best Visual Moving Art”, “Best Short Film” and “Best Glam Fashion Film”. Noticing a lack of Black fashion, glamour, and beauty being shown and celebrated, particularly in the fashion film world, Ms. Kidane decided to create her own lane. Her vision combined with her meticulous artistry has allowed her to pave a new style of fashion films.

Ms. Kidane is currently on festival tour with her strikingly dynamic fashion film “As Above”… A Cinematic Discotheque On The Universe’s Dance Floor!!! It’s loosely based on the 2nd Law of The Universe; The Law Correspondence, ‘As Above, So Below’. 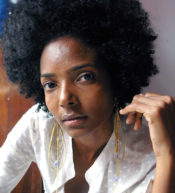