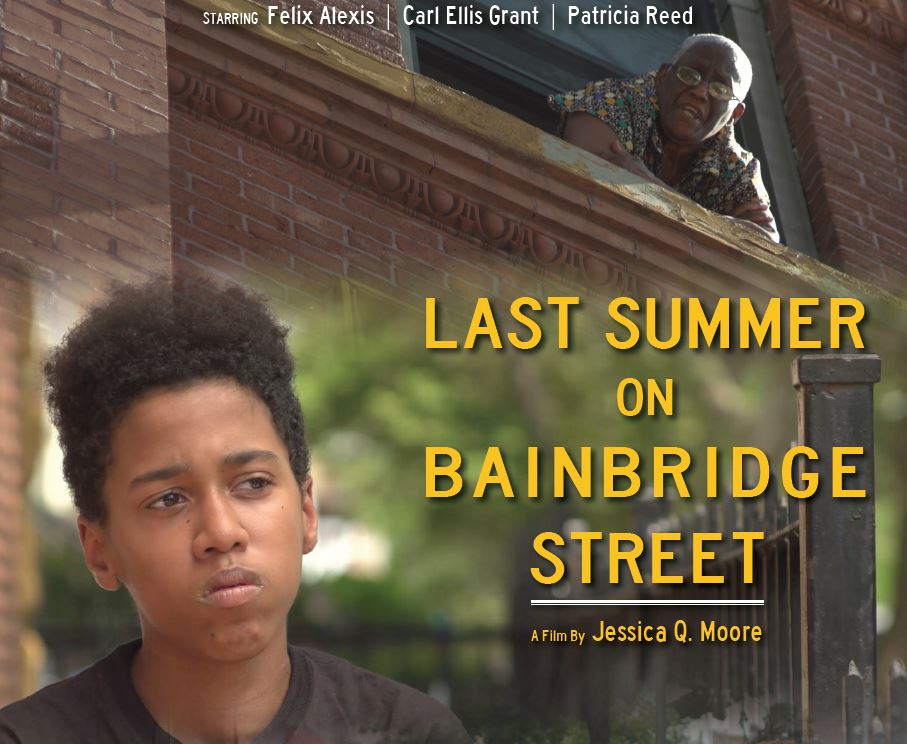 Tyshawn, an Afro-Caribbean 12-year old boy, living in a changing Bed-Stuy enjoys living with his grandma and dad. Everything changes when his father is arrested and he faults the Caucasian neighbors. Tyshawn then plots his revenge.

Jessica Q. Moore is an Afro-American-Caribbean, Brooklyn-based filmmaker and educator. She has made and studied films all over the world, starting with studying film at Syracuse University, as well as abroad at FAMU in Prague, Czech Republic and Bologna, Italy. Her interests in experimenting with different genres and techniques led to her BFA thesis, Unattainable, which uses surrealistic sound design to gain access to the character. The film premiered at the Anthology Film Archive in 2016 Altfest, an LGBQT festival. She recently graduated with a Master of Fine Arts in Film from CCNY, where she completed her master’s thesis Last Summer on Bainbridge Street, leaning into the filmmaker’s interest in neo-realism and discussing the topic of gentrification while still using layering sound design techniques in her previous work.